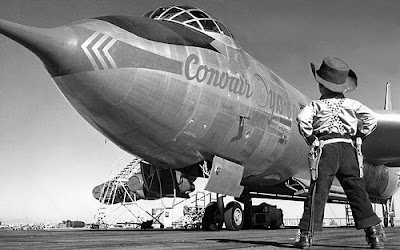 1952 - YB - 60 bomber, photo: courtesy of James Vaughan/x-ray delta one
The strategic bomber! The YB-60 Bomber was something of a less successful precursor of the iconic Boeing B-52 Stratofortress, but still - what an outstanding shot!! Both aircraft were long-range, subsonic, jet-powered strategic bombers, forever associated with the Cold War. 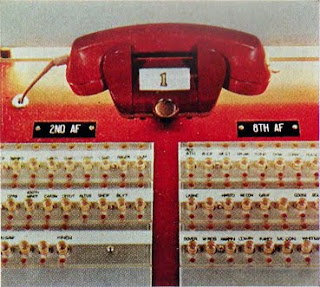 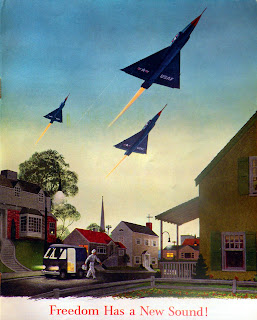 A 1955 Convair ad proclaiming the Nation's protective military defense:
"All over America these days the blast of supersonic flight is shattering the old familiar sounds of city and countryside. At U.S. Air Force bases strategically located near key cities our Airmen maintain their round the clock vigil, ready to take off on a moment's notice in jet aircraft like Convair's F-102A all-weather interceptor. Every flight has only one purpose - your personal protection!" 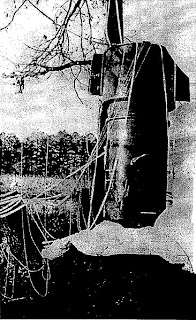 In stark contrast - did you know a nuclear bomber went down on U.S. soil? This photo shows the MK 39 nuclear bomb retrieved after the 24 January 1961 Goldsboro B-52 crash. The weapon's parachute deployed, resulting in a soft landing and the weapon being recovered intact. 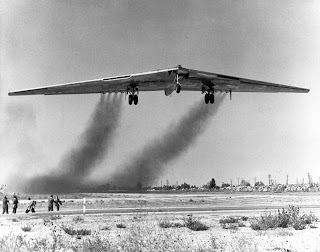 The YB-49 Flying Wing - at the time it promised to be the symbolic next big step in the future of aviation. It was simply an idea too far ahead of its time to become the ultimate jet-powered strategic bomber of the Atomic Age. It took another age, the Computer Age, to help the flying wing concept to finally obtain it's goal. 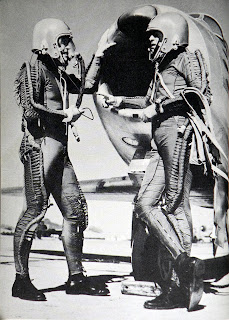 Men On Guard! The Unicorn Book of 1953
No self-respecting fighter jet pilot would be caught in front of the camera without the latest advancement in military issue pressure suit - now available with figure flattering two-way stretch! 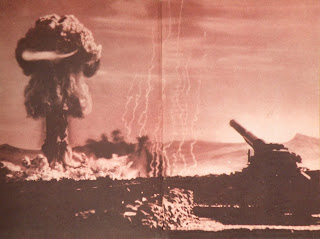 And that ultimate symbol of the Cold War, the looming Mushroom Cloud, circa 1953. 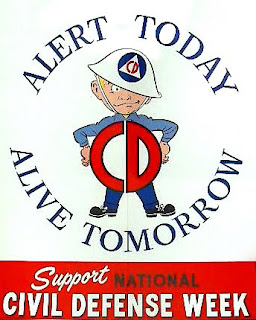 Please tune in again - Same Atomic time - same Atomic channel!
(Sorry for the delay in posting - Technical difficulties have NO respect for deadlines!)
Transmitted by Space Commander at 9:00 PM

As a kid, the thought of the atomic bomb terrified me to death, well I guess it still does! Where we lived in rural Ohio, there is a GE jet engine test plant. They deny any aircraft testing, but once a week or so, a low flying jet would blast past the farm and create a sonic boom! It was absolutely terrrifying the first time I heard it! I'm pretty sure I ducked and covered! I heard reports of farmers who were closer to the plant that would have their glass windows shattered on a regular basis beacuse of those sonic booms. Still, they deny the activity! I guess they are just protecting our freedoms and the townsfolk shouldn't complain!

Space Commander
Somewhere in Orbit, United States
You've found the ramblings of a Retro lifestyler living in a Post-millenial world. Now moved back to his childhood home and restoring it to the optimistic era it was born in.

Can an overworked single father and an irrepressable 9-year old live by old fashioned values vrs. today's, survive the struggles of renovation, and together make a home in a humble '58 ranch?

Find out - Read the blog. 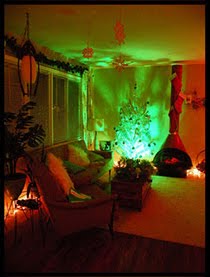 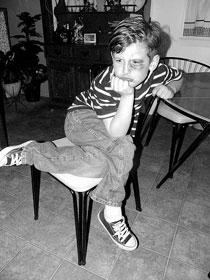 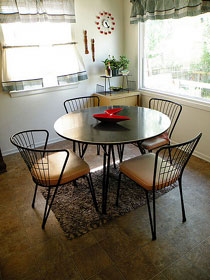 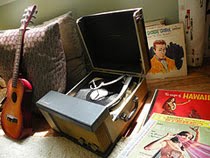 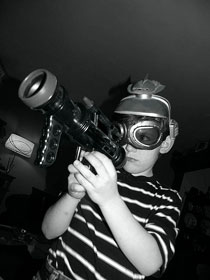 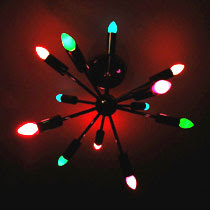 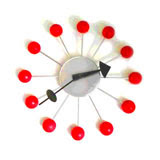 A Look in the Library 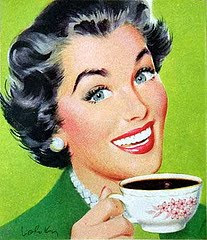 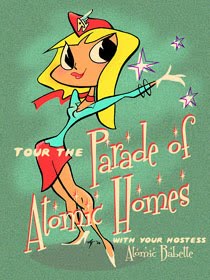 Mad Men Yourself You can choose your shape, your hair, your outfit; it's like being in a casting session with Peggy and Ken -- only better

Java's Bachelor Pad Where it's always after 5:00

What's on the Radio?

The Life of Riley

Have a Look at these Fine Etchings

Useful & Oh So Good For You

My Family in the Fifties 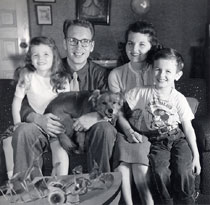